Another Parade for the Ponies 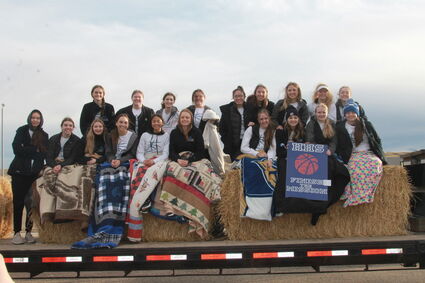 It's one of the best time-honored traditions in sports: the championship parade. It was the Havre High girls basketball team's chance to do it on Tuesday afternoon after they defeated Billings Central for the Class A State title last weekend. As the girls went through town, they were followed by parents and fans to make up the parade and celebrate their accomplishment.

"It's just very overwhelming in a good way. It's great to have the community come out and support us," junior Yelena Miller said. "I can't thank everyone enough. They're just great.

"It's more exciting than I had imagined,"...