Montana State mens falls to Texas Tech in first round 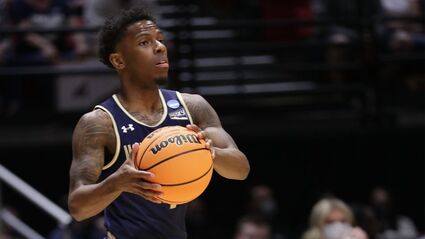 Montana State's Xavier Bishop attempts to pass the ball against the Texas Tech Red Raiders at Viejas Arena at Aztec Bowl in San Diego Friday. As a no. 14 seed in the NCAA Men's Basketball Tournament, the Bobcats lost, 97-62, to Texas Tech in the first round of the tournament. In the loss to end the season, Bishop led the Bobcats with 12 points. The Bobcats end the season with a 27-6 record and as the Big Sky Conference champions.

SAN DIEGO, Calif. - Montana State took a lead to open its first NCAA Tournament appearance in 26 years when Abdul Mohamed hit a jump shot along the baseline on the Bobcats' second possession. From there, Texas Tech was in control at Viejas Arena at Aztec Bowl on Friday.

The Red Raiders hit all but one of their first 10 shots and shot over 70% from the field over the first 20 minutes of the contest to take a 52-25 lead into halftime. Montana State eventually fell to Texas Tech, 97-62, in the first round of the 2022 NCAA Division I Men's Basketball Championship.