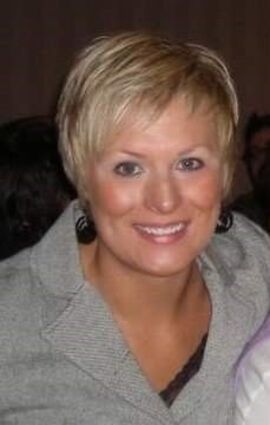 Jamie Lee Young, 43, a local attorney rose to heaven at sunrise February 20, 2022, at her home south of Havre, MT, surrounded by loved ones.

Her memorial service will be 2:00 p.m. Friday, March 25, 2022, at the Fifth Avenue Christian Church with Kenny Overcast officiating.

Memorial contributions in Jamie's honor may be made to the Friends of the Animal Shelter, 195 12th Avenue West, Havre, Montana 59501.

Please visit Jamie's online memorial page at http://www.hollandbonine.com to send a card or leave a message of condolence for her family.

Jamie, the second of three daughters, was born March 21, 1978, to Scott and Kaye Young. Perhaps because of her middle child status, Jamie remained in the middle of the action her entire life.

Growing up, Jamie excelled in both sports and academics. She graduated in 1996 from KG High School in Gildford, MT. Jamie played both basketball and volleyball and won the State C basketball championship in 1994. She was a member of the Montana High School Rodeo Association where she excelled in barrel racing and went on to compete in college.

Jamie worked as a paralegal for the Chris Young Law Office before embarking on her dream to become an attorney. She obtained her law degree in 2008 from the University of North Dakota School of Law in Grand Forks, ND. She focused on Native American law and that later led to work on both the Fort Belknap Indian Reservation and with the Chippewa Cree Tribe. Jamie zealously advocated for her clients and was a formidable opponent in the courtroom. Jamie was proud of her degree and her ability to help people. She began her law career in Atlanta, GA, and then returned to Havre and again worked for Chris Young.

When Jamie was first diagnosed with breast cancer in 2009, she decided to get the best treatment possible at the MD Anderson Center in Houston, TX. That prompted a move to Houston where she worked for the Sadler Law firm specializing in oil and gas law. Jamie loved the city, but her love and desire to be closer to her family drew her back to Montana. She worked in Billings before returning to Havre. In 2015 she opened The Law Office of Jamie L. Young.

Jamie was the picture of grace and beauty, but her most endearing qualities were her intelligence, tenacious spirit and compassion. She could converse about any subject, and she made friends wherever she went. She was known for her wit, and a good roasting by Jamie always left people with a big laugh. She was generous to a fault and a loyal friend. She had a skill for helping people to feel seen, heard and understood, which led to many lifelong friendships. Although she was not one to sugarcoat things, she always took the time to listen to people and attempted to see things from their perspective whether or not she agreed with them. Jamie was a firm supporter of the oppressed and the underdogs. This was one of her greatest attributes and testament to how many people from all walks of life admired and respected her.

Jamie was a fierce competitor in all areas. She loved playing softball and was an avid golfer. She really enjoyed playing in golf tournaments and went to as many as she could last summer. She was able to balance her career with her leisure time. She even had personalized golf balls labeled "Juris Doctor; Sue the Bastards." Jamie loved to play cards and was dubbed the "Cribbage Queen" probably inheriting her dad's skill at the game.

Everyone who knew Jamie also knew about her love of animals and especially her dogs. She adopted many rescues over the years. Her pets brought her great comfort in her last months. Her love for animals combined with the realization that she could not adopt them all led her to serve on the board of directors for Friends of the Havre Animal Shelter. She helped with the animals when she could and enjoyed socializing shy and timid dogs, as well as riding along on rescue missions which often led to late nights searching for a dog needing help. Even toward the end of Jamie's life, she kept tabs on the animals in the shelter and enjoyed receiving pictures and updates about each one. Jamie's heart was as big as the Montana sky.

Family was incredibly important to Jamie. She had a very special relationship with her niece, Jade, and her nephews, Brody, Jasper, and Joey. Jamie was always there to cheer them on as they tackled life's challenges. Jamie left a piece of herself in each one of them for the world to see. It is no secret how much Jamie loved her sister, Jennifer. Despite their many disagreements, fights, and a couple of locker room brawls, their love for one another was unlike any other.

After her breast cancer had been in remission for nearly 10 years, Jamie was diagnosed with metastatic breast cancer in 2018. She fought a daily battle to continue living a productive life. Only those with this disease understand the courage and strength this battle requires. Her tenacious spirit enabled her to face this hurdle head on and she continued to truly live for many years despite her diagnosis. Jamie was a proud Metavivor. She was an inspiration to many others in this same battle.