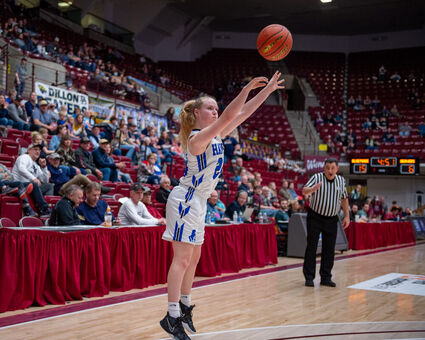 Havre High's Sadie Filius is now a four-time Class A All-State selection. She was one of four Blue Ponies to be named All-State for 2021-22.

It was another strong year for the Havre High girls basketball team with the second straight Class A state championship and the fifth title since 2014. Now the best of the Blue Ponies have been recognized for their years that led to another title.

Four of the Ponies' starters were named Class A All-State for their performances this past season. The four of them were also named First Team Northeast A All-Conference. In their senior years, Sadie Filius and Jade Wendland earned the honors. Yelena Miller and Avery Carlson also earned the honors after their impressive junior seasons.