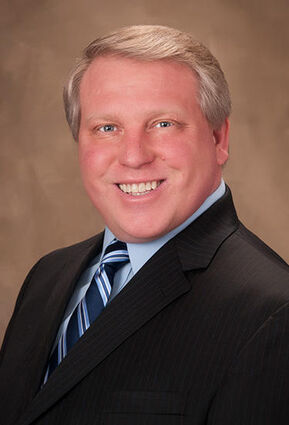 North Central Pachyderms held a meeting Friday where Montana Rep. Ed Hill, R-Havre, and Public Service Commissioner Randy Pinocci, both up for reelection this year, spoke about a number of issues.

Hill spoke first, talking about an upcoming poll of Montana legislators over whether to create a select special interim joint House and Senate committee on Montana election security.

"Bottom line is that there are several of us legislators that feel as if election integrity needs to be tightened up, a lot more in my eyes," he said.

Despite calls for investigations across the U.S. and in Montana, there has been no evidence of significant voter fraud on the state or national level in recent years including in the 2020 election.

Hill also touted his loyalty to the Republican Party during the last legislative session and defended his vote against recent "right to work" legislation that he said he believes would have been detrimental to unions, which Havre has a long history with.

He also briefly talked about his work on an interim education committee, which he said is looking at issues like teacher recruitment and retention.

He said the session is over but the Legislature's work continues.

He lamented the difficult time constraints legislators like him work under, saying he had at least a dozen days last session where he didn't leave the state Capitol until well after midnight.

Randy Pinocci backed up Hill, saying he thinks the session needs to be longer so legislators have time to read and fully understand what they're voting on.

Pinocci said when he was a legislator in 2015 he didn't have enough time to understand what he was voting on much of the time, and any legislator who says differently is being dishonest.

"I voted on bills I had no time to understand and I voted wrong as a result," he said.

Pinoocci took up most of the meeting with his speech, a big topic of which was a recent successful lawsuit against Montana Secretary of State Christi Jacobsen that required the redrawing of the Public Service Commissioners' districts.

The suit, brought by three Montana voters, including former Republican Montana Secretary of State and Senate President Bob Brown, alleged that the districts were outdated and did not have an even enough number of voters in each, and as such the district map violates the "one-person-one-vote" principal.

The federal judges ruled in favor of the voters and required that the districts be redrawn to better reflect the populations of Montana.

The judges drew new districts and imposed them on the state, although they did not preclude a special session being called for the Legislature to draw the new districts.

Pinocci said this was an example of federal judges trampling the rights of the state and criticized the map for not sufficiently fixing the population disparity between the districts.

He said the judges should have dismissed the case because the census that showed the disparity came out after the legislative session, the Montana Legislature being the entity that would normally redraw the maps.

The disparity in population between the districts before the lawsuit has been well-known and much-criticized for years, long before the census or the last session. Attorney's for the plaintiffs in the lawsuit said the Legislature failed in its duty to look at the districts following the 2010 Census.

The map by the judges was almost identical to the one provided by Jacobsen's office, which they said they believed was the closest thing they had that passed constitutional muster.

The judges only made one change to Jacobsen's proposed map, by including Pondera County in District 1.

While the judges in this case were part of the federal court system Pinocci also criticized the Montana court system in general, saying Democrats are using it improperly.

He touted bills that would cut judges' pay or fire them should they be found making law instead of interpreting it, which he accused many judges of doing.

The judicial system and the judges in it are constitutionally unable to create law already.

Amid his criticism of the judicial system he also misrepresented a lawsuit going on against far-right media figures Pastor Jordan Hall, whom he said was being sued for making religiously bigoted remarks toward a transgender person, which he said is "free speech."

Hall is not being sued for bigoted remarks or hate speech, but libel, with the suit alleging that his organization "The Montana Daily Gazette," a conservative blog widely criticized as faux news, published a story detailing an event involving the plaintiff that didn't happen.

Pinocci also advocated for having judges be required to declare a political party.

While a substantial amount of the speech was about the judicial system Pinocci did advocate for a number of energy policies and projects, including putting new natural gas lines in counties in his district that don't have easy access to it, as well as installing high-performance power lines that will more efficiently transport electricity and save the state a tremendous amount of money.

He generally advocated for Montana to produce more power and become an exporter of power, in part so it can charge other states at increased rates and have those profits passed on to consumers.

He said the PSC isn't able to regulate the prices of energy sold to Montana by other states so more needs to be created locally, preferably through more hydroelectric dams or nuclear energy, technology for the latter of which has improved radically in recent years.

Pinocci also talked about natural gas prices going up, which he said is a result of drilling being restricted.

He also advocated for coal as an energy source, saying Colstrip's facility only produces water and carbon dioxide as byproducts of their operations, saying CO2 is what plants need to grow, which is good for the agriculture industry.

CO2 is the most common greenhouse gas produced by humans, making up the vast majority of these gasses in the atmosphere and human-produced CO2 is considered a large cause of climate change.

The ice storm in Texas froze wind turbines, but the storm also affected Texas's non-renewable sources of power including natural gas providers which were also taken offline as neither the turbines nor the more traditional energy sources Texas uses were prepared for the ice storm, which was unusually cold and intense for that region.

Pinocci also encouraged support for requirements that governments and school buildings use LED light bulbs and that these bulbs along with new wind turbines have better warranties.

As for the PSC's authority, he also advocated for social media to be regulated as a utility to stop them from "discriminating" against conservatives.

Pinocci compared this "discrimination" to the oppression of Black Americans under Jim Crow.

He said he wanted to see a bill pass that would have allowed the companies to be regulated by the PSC so people could bring their complaints to him so the companies could potentially be fined.

He said this is a change he would like to see throughout the U.S., not just in Montana.

Pinocci spent a substantial portion of the meeting attacking Montana Fish, Wildlife and Parks as well, reiterating past criticism of House Bill 411, and the Havre Daily New's coverage of the issue.

"I love picking on the Havre Daily News," he said.

The bill, which passed, revised the laws related to the aquatic invasive species program and created a fee for all hydroelectric dams to help fund the program. The state implemented the program to detect and prevent the spread of aquatic invasive mussels, first detected in the state in 2016.

Pinocci criticized FWP in general, saying it has too much power and money, and implied that the funds they received to combat these invasive species was not used properly.

He said bills like this negatively affect citizens, particularly seniors, by effectively putting a tax on their electric bills and the press is not covering the matter sufficiently. Pinocci also said his record on voting against rate increases is incredibly strong.

The bill allowed a fee to be charged to hydroelectric facilities to help pay for preventing aquatic invasive species, like invasive mussels detected in Lake Elwell south of Chester in 2018, from coming into the state.

Mussels in other parts of the country cause significant damage including to hydroelectric facilities and cause billions in expenses.

Entities including NorthWestern Energy lobbied for the fee, saying mussels coming into the state could damage the hydroelectric facilities.

In the 2019 meeting where he discussed the bill, Pinocci said the Legislature raised rates for NorthWestern Energy customers. 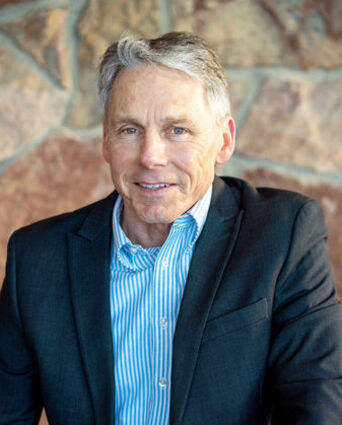 Pinocci also advocated for term limits on legislators, but not of the PSC.

"It takes years to learn this job," he said.

He also warned attendees against any effort to make PSC commissioners appointed positions, which he said turns commissioners into the puppets of the people that appoint them instead of the voters.

"If the governor appointed me, do you think I'd be here? No way," he said.

He said if a Democratic governor were ever elected and appointed commissioners Colstrip would be out of business immediately.