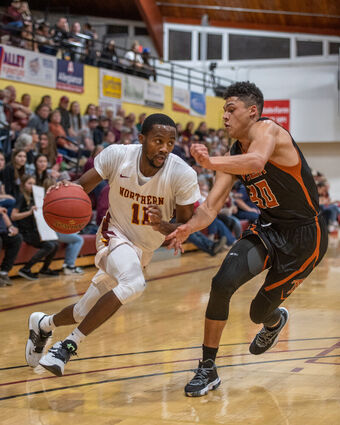 Montana State University-Northern's Mascio McCadney has been named an NAIA All-American for the 2021-22 season. McCadney was also a three-time Frontier All-Conference selection, and a member of Northern's 1,000-point club.

"I could not be happier for a guy than I am for Mascio," said coach Shawn Huse. "He is truly an all-around great guy with great character, great work ethic, and someone who truly values his education and excels at it. His basketball accomplishments speak for themselves and he truly is a deserving All-American."

McCadney had an outstanding year...