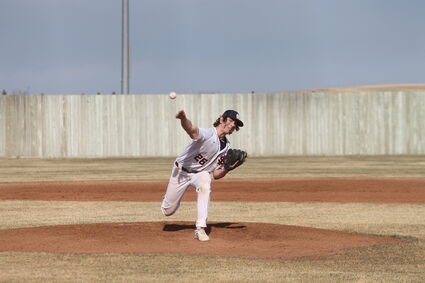 Havre's Brody Nanini pitches against the Billings Expos A team Sunday at Legion Field. After dropping the first game of the doubleheader, Nanini helped the Havre Northstars win, 14-4, in their second game to start the season 1-1.

Summer has finally arrived on the Hi-Line as the Havre Northstars American Legion baseball club got its season started with a doubleheader against the Billings Expos A team Sunday at Legion Field. The Northstars started the season on the wrong note with a 7-6 loss before they turned it around to win 14-4 to split the doubleheader.

"I think they did well to start off," Shane Reno said, who filled in for Havre head coach Patch Wirtzberger. "The first pitcher that pitched against us was pretty sharp so it revealed some things we need to work on. I think in the second game, they worked on tho...