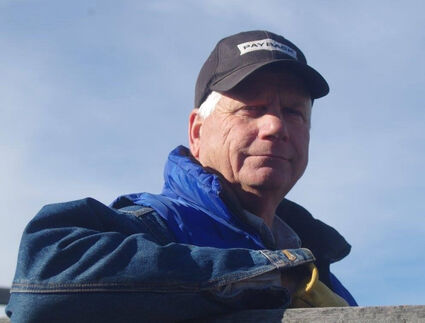 The MSU-Northern Foundation has announced that the family of the late Scot Strauser has created a new scholarship in his memory.

Strauser, a lifelong resident of the Havre area, died in March. The new scholarship will go to support Montana State University-Northern students who are part of the Rodeo Club.

Rylee Strauser, a 2006 Northern alum and niece of Strauser, contacted the Foundation about setting up the scholarship. She, along with Scot's son, Sandy Strauser, felt that supporting a student participating in rodeo would be the best way to honor his memory.

The Strausers were married for 48 years prior to Julie's death in 2020 and made their home on their ranch south of Havre.

"Julie and Scot coached the Northern rodeo team from 2002 to 2005" said Rylee. "Beyond that, they always had young people at the house, mostly young ropers that were there to learn from Scot."

Strauser was a long-time rodeo veteran known on the circuit for his team roping. Friends knew him by the name "Stretch" for what Rylee described as being "tall and lanky" and Strauser was always willing to help his neighbors.

"Scot and Julie were people that I looked up to in and out of the arena. There was never a task too big or too small for Scot and Julie to help you with, they truly cared about each kid on their teams" Kallenberger said.

"After our college rodeo careers, Emily and I were blessed to become Scot and Julie's neighbors and lifelong friends," he said.

"When I hear Scot and Julie Strauser's name mentioned I think of the following: rodeo, supportive, family, and candid," Kallenberger added. "We were truly blessed to have Scot & Julie in our lives and this Scholarship will help them be with the MSU-Northern rodeo team for years to come."

"Scot lifted up students in life and was a role model for those he loved." said Shantel Cronk, executive director of the MSU-N Foundation. "Family and friends of the Strausers are mirroring that generosity by creating this scholarship. It's really a beautiful tribute."

"The MSU-Northern Rodeo Team will be organizing a fundraiser, barrel race and team roping, in the future to contribute to this scholarship. Stay tuned for more details," Kallenberger said.

The family said they thank everyone who already contributed to this fund.

To donate to the Scot Strauser Memorial Scholarship, people can contact the MSU-Northern Foundation at 406-265-3711 or send a check to the Foundation at P.O. Box 1691 Havre, MT 59501. Donations are tax deductible.

The MSU-Northern Foundation is a 501(c)(3) non-profit that acts as a fundraising arm of Northern.