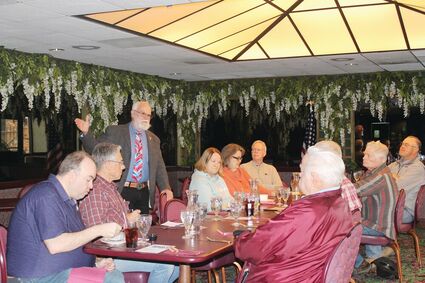 Republican incumbent for Montana Senate District 14 Russ Tempel spoke about a number of topics at a meeting of North Central Pachyderms Friday, including his candidacy.

Tempel, a Northern Montana College, now Monana State University-Northern, alumni with 18 years as a Liberty County commissioner, is running to maintain his seat, facing Republican primary opponent Steven Chvilicek of Havre, who will be speaking at a Pachyderms meeting later this month.

The winner of that race will face Democrat Dave Brewer of Havre in the general election.

At Friday's meeting, Tempel talked about the natu...