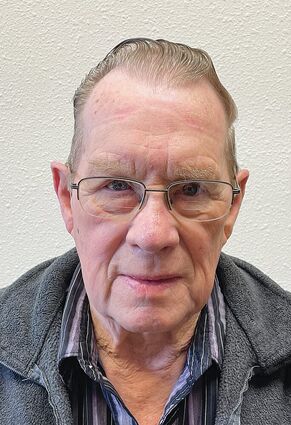 Mellville has not responded to multiple calls requesting an interview overt the past few weeks.

DePriest has been a Blaine County Commissioner for 12 years. He was born and raised in Chinook, where he has lived all his life, graduating from Chinook High School.

He operated a trucking company and GMC dealership before running for commissioner in 2010 after being asked by several residents.

He served in the Montana Army National Guard until 1979, retiring as a major.

DePriest said one of the big reasons he's running again is unfinished business. He said there are a lot of projects he's worked on over the last 12 years that he wants to see through to the end, and while they won't all be done in the next six years, he wants to work to finish what was started.

One is the Chinook Levee certification, which has been a concern of the commission and the area for some time.

DePriest said without getting the levee certified the current confusion surrounding construction in the floodplain will continue and the a lot of homeowners in Chinook will need to buy floodplain insurance, which is extremely expensive.

He also said the commission is working on a project to gravel about 25 miles of road in the southern part of the county for the past few years and he'd like to see that through to the end too.

Another thing he said he wants to finish is work allocating and administering the county's American Rescue Plan Act Funds.

DePriest said the almost $1.3 million in funds given directly to the county need to be allocated by the end of 2024 and the projects need to be done by 2026 and he wants to serve another term to see the projects through to the finish line.

He said looking back on the last 12 years at the things he and his colleagues on the commission accomplished a number of projects improving the county courthouse stand out.

He said they were able to consolidate all aspects of county law enforcement that go on at the courthouse, including the clerk of courts, county attorney, justice of the peace and district court, into one floor, vastly improving communication and coordination.

His admiration for the people of the courthouse was another thing he talked about, saying all of them are remarkably dedicated and work well together.

"We have outstanding people," he said. "...I mean every one of them is topnotch."

DePriest said he believes his 12 years of experience and the relationships he's forged in that time with the people of the courthouse are some of the biggest assets that make him the best person for the job.

Despite his experience, he said, he learns something new every week and he's happy to keep learning and improving, as he has no intention of retiring any time soon.

DePriest said he has deeply appreciated being able to serve the constituents of Blaine County and looks forward to doing that again.