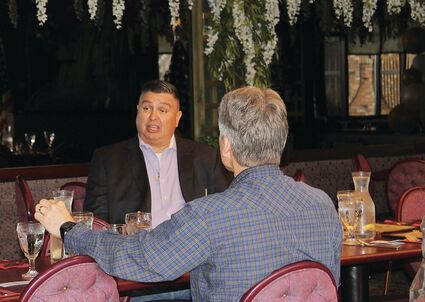 K. Webb Galbreath, a candidate running for District 1 Public Service Commissioner in this year's Republican primary, spoke at North Central Pachyderms Friday where he talked about his political positions and criticized his opponent, incumbent Randy Pinocci.

Galbreath said he was born and raised in Browning, where he went to high school before joining the U.S. Marine Corps, which he stayed in for 10 years, retiring as a sergeant.

He said he's also worked in construction and later as a police officer with the Bureau of Indian Affairs, later eventually becoming a police chief.