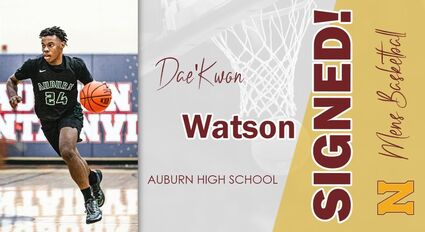 Northern head coach Shawn Huse has announced the signing of Dae'Kwon Watson, a 6-foot-1 guard from Auburn High School. Watson was a three-time All-Tournament selection at the 3A State Tournament. This season, the Trojans captured the 3A title. He was the North Puget Sound League (NPSL) Defensive Player of the Year in 2021-2022, and earned First Team All-League Honors as a senior and Second Team Honors as sophomore and junior.