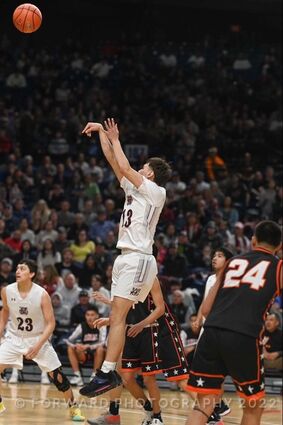 The MSU-N mens basketball team signed Harlem guard R.J. Ramone, who just helped lead the Wildcats to an appearance in the state title game this past season.

As the Montana State University-Northern men's basketball team looks to fill out its roster for the next few years, the Lights will be looking close to home for talent.

MSU-Northern Lights Basketball has announced the signing of Harlem, Montana guard, R.J. Ramone. The 6-foot-2 combo guard helped lead the Wildcats to the State Championship game this past season. A two-time All-State selection, he averaged 24.9 points per game and seven rebounds per game this year. Ramone played both point-guard and off-guard positions for the Wildcats, and had many memorable games in his career. His 24 poi...