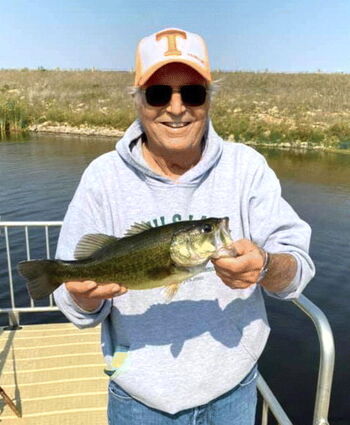 ZAP, N.D. - Clarence Adrian Olszewski of Zap, 69, passed away peacefully surrounded by family at his home Thursday, May 19th, 2022.

Clarence was born September 16th, 1952, in Havre, Montana, to Adrian and Kathleen (Leinan) Olszewski. He was raised in Hogeland and graduated from Hogeland High School.

Clarence was an avid fisherman and hunter, and loved his classic cars. He also enjoyed trap shooting at the Zap Gun Club over the years. Most Sundays you could find him glued to the TV watching Nascar. Later in life, he discovered his love of and talent for woodworking, making amazing pieces and often donating them. If you see painted tulips around the area, you know they were made by him.

Clarence and Rita were owners of Olszewski Incorporated, a company contracted to Coyote Electric in Beulah, ND. He was a heavy equipment operator for 35 years until his retirement in 2016.

He was a farmer at heart (or as he called it, a dirthead) and loved to plant a garden every year. Many fun times were had making sauerkraut and horseradish. While he fell ill shortly after retirement, he was always positive throughout it all. He still enjoyed life and continued camping and fishing, and fishing, and of course fishing. His "very special lady friend" Sharon Unruh, and her family, meant the world to him. He will be deeply missed by all who knew and loved him.

Clarence was preceded in death by his father, Adrian; brother Edward, mother, Kathleen, and wife, Rita.