Havre tennis succeeds at Northeast A 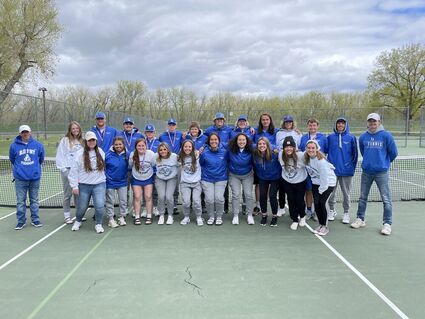 This past weekend in Glendive, the Havre High tennis teams began the postseason with the Northeast A Divisionals. Despite poor weather, the HHS boys team finished second and the HHS girls team finished third.

Weather has been pretty much a major part of the Havre High tennis team's story this season. And, in the biggest meet of the 2022 season, weather was front and center yet again.

However, despite cold, high winds, several rain delays, snow and sleet, and having to play an extra day, the Blue Ponies persevered at last weekend's Northeast A Divisonal Tennis Tournament in Glendive, advancing seven competitors to this week's state tournament.

"For so many reasons, I'm just proud of our kids," HHS head coach George Ferguson said. "That tournament was so difficult. It was cold and windy pretty m...