Hi-Line United finding their stride late in the season 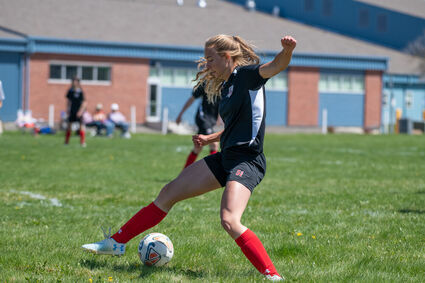 A player for the Hi-Line United Soccer Club 19U team kicks the ball last season. After a bumpy start this spring, the United have won several games in the month of May.

While all eyes are on Havre High sports wrapping up their spring seasons, other athletics are taking place on the Hi-Line. Over the past few weeks, the youth soccer team, the Hi-Line United Soccer Club 19U team, has competed in several games. While the United have been through several ups and downs through the spring, head coach Jayson Burrington believes they have played well this season.

"The season is going pretty well," Burrington said. "A lot of improvement as we have been playing a lot of select teams and a lot of older teams."

The United started the season at the beginning of Apri...