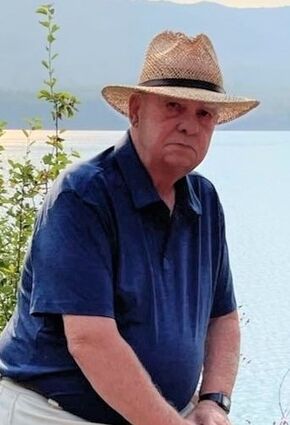 Cremation has taken place, and memorial services will be held at 10:00 a.m. on Friday, June 3, 2022, at Holland & Bonine Funeral Home with Deacon Tim Maroney officiating.

Please visit Rick's online memorial page to send a card or leave a message of condolence for his family at http://www.hollandbonine.com.

Rick was born November 2, 1940, in Havre to Ray and Cora (Campbell) Ervin. His parents divorced while he was young, and his mother married Ed Solheim, the man who raised him.

Rick was raised in Havre, attending school there until his senior year of high school, when he moved to Williston, ND. While in school, Rick was a member of the first Havre wrestling team and played football in Havre, as well.

After graduation, he attended college, majoring in police science.

Rick soon moved to Chicago, where he worked security for the airlines, and there he met the love of his life, Ruth Trônet. They married June 9, 1962, in Chicago.

In 1963, Rick was transferred to Milwaukee, WI, and while living there, the couple visited Havre to see his family. Ruth fell in love with the area, so at the end of 1964, they relocated to Havre, where the spent the majority of their remaining 54 years together, with short stints in Great Falls and Billings while Rick worked as a brand inspector for the State of Montana.

Upon their final return to Havre, Rick worked for Burlington Northern In 1981, the couple opened up R/R Photography Studio. Rick was later injured on the railroad, but he and Ruth continued to operate the studio until the early 2000, when they both retired. Ruth passed away in 2018.

Rick was a feisty man with a heart of gold. He enjoyed golfing and traveling with Ruth and his family. Driving around with his daughter, Stacey, was a daily requirement for Rick. He absolutely loved spending time with her and his grandchildren.

He was preceded in death by his beloved wife, Ruth; son, Jeremy "J.C." Ervin; and parents, Bud Ervin and Cora (Ed) Solheim.