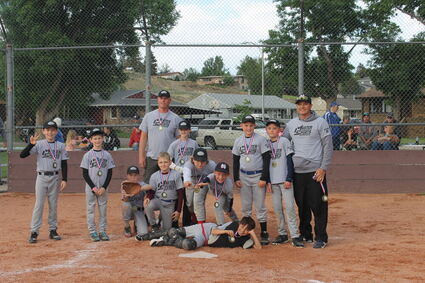 After a delay because of heavy rains last week, the Minors baseball league held its championship game on Monday night at Elks Park. Master Sports entered the game as the tournament's No. 1 seed while Bob's Greenhouse made a run through the loser's bracket to make it to Monday. Both teams made plays through the course of the game, but it was Master Sports that pulled out the 9-5 victory to win the championship.

"It feels good," Master Sports player Brantley Wirtzberger said about winning the championship. "I really like it and it was really fun."

After winning four elimination games in a...