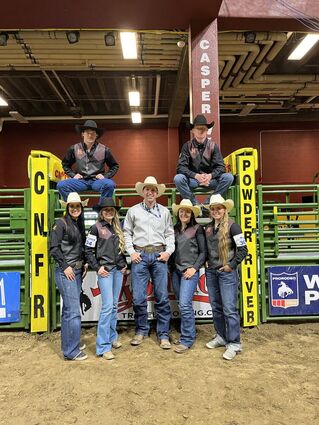 In Casper, Wyoming this past week, the best collegiate cowboys and cowgirls gathered to compete in the College National Finals Rodeo. The Montana State University-Northern rodeo teams competed in the CNFR over the week, with several MSU-N riders performing well to end the season.

In the saddle bronc riding event, Garrett Cunningham finished seventh in the event with an average score of 230.0. He started the rodeo by recording a score of 74.5 in round one and a score of 75.5 in round two. He then recorded a score of 80.0 in the short go. Cunningham overall had a strong year in the saddle bronc as the Big Sky Region champion in the event. He is just a freshman, so he has plenty more left in him for MSU-N.

Mikenna Schauer performed well in several events to end her season. She tied for tenth in the breakaway roping event with an average score of 7.7. Along the way, she recorded a score of 2.5 in round one, a score of 2.9 in round two and a score of 2.3 in round three.