Chinook comes back to win 10U softball championship 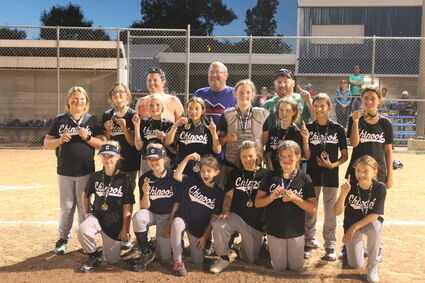 On Tuesday at Sixth Avenue Memorial Field, Chinook defeated Triple Dog, 15-10, in the 10U championship game. After trailing, 10-7, heading to the final inning, Chinook scored eight runs to come back and defeat Triple Dog for the championship.

After several delays, the Havre 10U softball league finally held its championship game at Sixth Avenue Memorial Field Tuesday night. Heading into the final inning, it looked like Triple Dog would win the title with a 10-7 lead. But Chinook responded in the top of the fourth inning to come back and win the game, 15-10, to secure the championship.

"It feels pretty good," Chinook player Abby Danley said about winning the championship. "We were losing in the beginning and I thought we weren't going to win but then somehow we won."

After winning the previous game to qualify for the championshi...