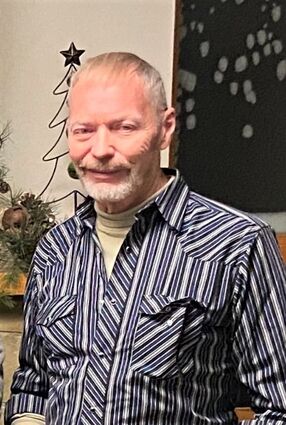 Jim's family has suggested memorial donations be made in his memory to the Havre-Hill County Public Library or the charity of the donor's choice.

Holland and Bonine Funeral Home has been entrusted with services and arrangements.

Please visit Jim's online memorial page to send a card or leave a message of condolence for his family at www.hollandbonine.com.

Jim was born June 21, 1945, in Havre to Dennis and Nora (Sanquine) Lammerding. His earliest years were spent in Havre.

Around the third grade, he moved to western Montana with his mother and stepfather where they moved often, living in Bonner, Milltown, Missoula, Hot Springs, and Hamilton, returning to Havre for his sophomore year of high school.

Jim graduated from Havre High School in 1963, and in 1964, he married Carol Hellebust. The couple had three sons before later divorcing.

In 1985, Jim married VeeAnn Nalivka, and the couple were married almost 25 years before she passed away in 2009.

For over 30 years, Jim worked for Anderson Wholesale and Penningtons, first as a delivery truck driver and then as a salesman, mainly from Havre to East Glacier. Later he drove a mail truck for a USPS contractor for nine years.

Jim loved the outdoors, and for his entire life he was an avid fisherman and hunter, especially of antelope, elk, and his true passion, mule deer. In 1975, Jim shot a mule deer that scored just over 234 inches Boone and Crockett and, at the time, number 35 for a non-typical mule deer taken in the State of Montana.

His many hobbies throughout his lifetime included snowmobiling, racing snowmobiles, racing stockcars, breeding and breaking horses, and team roping. He was a competitive metallic silhouette shooter and was quite adept at reloading and gunsmithing.

Jim enjoyed spending time with his grandchildren, especially hunting with them and telling stories in hunting camp, and visiting them on their family ranch in Saco.

He was a Mason for more than 50 years and a long-time member of the Havre Rifle and Pistol Club and the Rocky Mountain Elk Foundation. He was also well known for his wildlife artwork, donating many to Walleyes Unlimited, RMEF, and Bearpaw Bowmen.

He was preceded in death by his wife, VeeAnn Lammerding; sister, Anna Lammerding; and his parents, Dennis Lammerding and Nora Anderson.