Havre wrestling grew through the year to finish strong at state 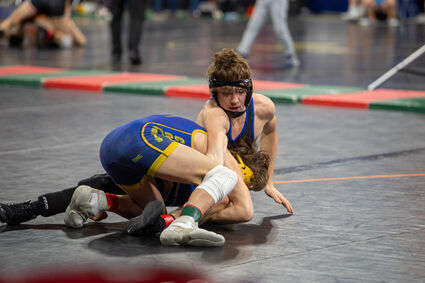 In a year that saw several Havre High School teams take home state trophies, the HHS wrestling team should not be forgotten. In the wrestling state tournament's return to the Metra in Billings, the Blue Ponies ended the season finishing second at state. The Ponies were a young team last season, so head coach Beau LaSalle believes bringing a state trophy back to the Hi-Line was an impressive end for the season.

"We had a pretty good season overall. We had a lot of kids that were very consistent throughout the year and placed in a lot of tournaments for us," LaSalle said. "The team grew. Ov...