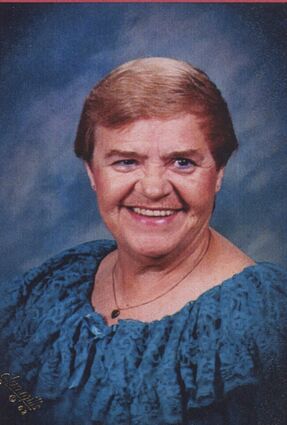 June 12, 2022, we lost our beloved sister, Shirley (Glunz) Wendlandt, to respiratory complications, surrounded by her family.

Shirley was born in 1939 in Glasgow, Montana, to Robert Glunz and Lula Waagen Glunz. A few years later, they moved to Havre, Montana, where she grew up attending school, at St. Jude's Elementary and Havre Central High School, participating in band.

Shirley attended Holy Names College in Spokane, WA, receiving her teaching degree. After teaching for three years in Spokane, she was employed by the U.S. government and taught for one year in Okinawa, Japan, then two years in Germany and one year in Rochelle, NY.

She returned to Spokane and started working for Washington Water Power for several years before going to work for the Spokane County Sheriff's Department until retiring.

She was a member of the Sons of Norway and enjoyed square dancing, where she met her husband of 34 years, Dennis Wendlandt.

Shirley was preceded in death by her husband, Dennis; parents, Robert and Lula; her older brother, Frank, and her sister Carol.

She is survived by sister Kathy Wright of Fort Benton, MT; three brothers, David and Alvin Glunz of Havre, MT, and Donald Glunz of Idaho Falls, ID; two aunts, Ruby Seubert of Spokane, WA, and Katherine Lambert of St. Louis Park, MN; her special cousin Marge McAlpin who was Shirley's right-hand helper; many nieces and nephews, as well as many dear friends.