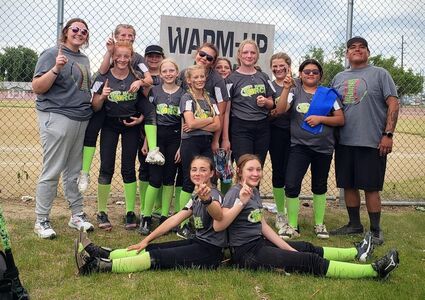 While it may be the dead of summer with no high school or collegiate athletics to speak of, there have been plenty of sports going on. For example, the Havre Force 12U team has been in the thick of their season and recently won the Great Falls Fusion G-Funk Throwdown Girls Fast Pitch Softball Tournament back on June 19.

The 12U team was one of four teams in three age groups that competed in Havre. But it was the 12U team that ended the weekend as the Throwdown champions as they defeated Three Forks, 23-6, to end the weekend. It was the second championship win for the team this season. The...