Pass rushers and run stoppers abound in the Frontier 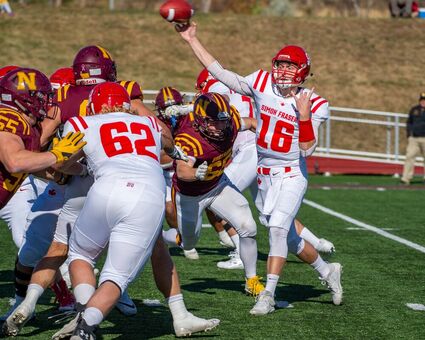 Montana State University-Northern's Colter Szymoniak, left, rushes a Simon Fraser quarterback during a game last fall in Havre. The Lights will have some new faces on the defensive line this season.

In a mere five weeks, Frontier Conference football will be back. While we're still in the dog days of summer, football is indeed on the horizon, and once again, the Frontier is going to be really, really good.

With that, the Havre Daily News is once again running its annual position by position preview of the upcoming Frontier season, and this year, we start with the top defensive linemen in the league.

One of those teams that should be really good up front this fall is the...