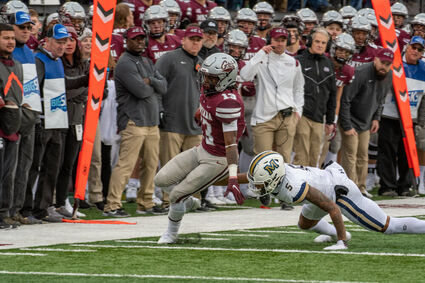 The Montana Grizzlies were picked to win the Big Sky title on Monday at the Big Sky Kickoff in Spokane.

Big Sky Football Media Days kicked off Monday morning in Spokane, and it was a good morning for Montana and Montana State football.

In both the Big Sky Conference Coaches and Media Polls, the Montana Grizzlies were picked to win the Big Sky Conference, something that hasn't happened since 2009. Montana State was also tabbed second by the Media and third by the coaches. Defending league champion Sacramento State was picked second in the Coaches Poll, while Weber State and UC Davis rounded out the top five in both polls.