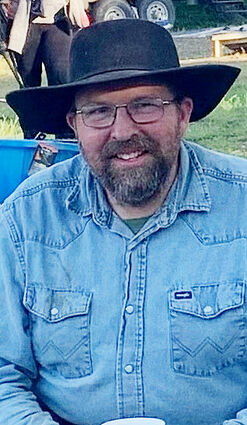 His memorial service will be held at 10 a.m. Friday, July 29, 2022, at the 4-H Chuckwagon at the Hill County Fair Grounds. Memorials in Jon's honor may be made to the Hill County 4-H Foundation.

Please visit Jon's online memorial page to send a card or leave a message of condolence for his family at http://www.hollandbonine.com .

Jon was born in Havre, Montana, October 23, 1975, to David and Judy (Haugen )Molitor. Jon learned very early how important family was. He enjoyed shadowing his dad and learning what it meant to be a cowboy, riding horses and punching cows. He knew how to work hard and how to play hard ... even if playing hard sometimes got him into trouble.

In 1994, Jon graduated from Havre High School and in 1998 earned his bachelor's degree in diesel mechanics at Montana State University-Northern. It was while attending college that he met Carrie Thompson and they began dating.

Jon married Carrie Thompson January 23, 1999, in Billings, Montana. They called Billings home until they moved back to the Havre area later that year. Jon's love of family became stronger with the birth of their four beautiful and amazing children Noah, Nicholas, Landon and Lynsie. These children were his world.

Although Jon was a mechanic by trade, his passion was ranching. In 2018, Jon convinced Carrie it was time to live this dream and start ranching again. At his death, they were preparing to move into a new home out in the Bear Paws on the family ranch.

Jon loved life. If you knew him, you were a better person. He was dedicated, loyal, compassionate, and humble. He would not hesitate to help anyone. The world was a better place with him in it. He will be missed by so many.

Jon was preceded in death by his paternal grandfather, Ray Molitor, and maternal grandparents, Waldon and Genevieve Haugen, and father in-law, Loren Thompson.