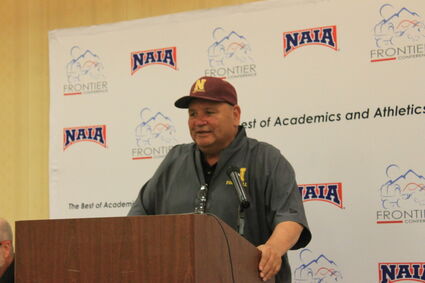 The conference started with Frontier Conference commissioner Kent Paulson introducing the coaches and even welcoming Souers to the conference and acknowledging Souers' notable work at other colleges such as Northern Ariz...