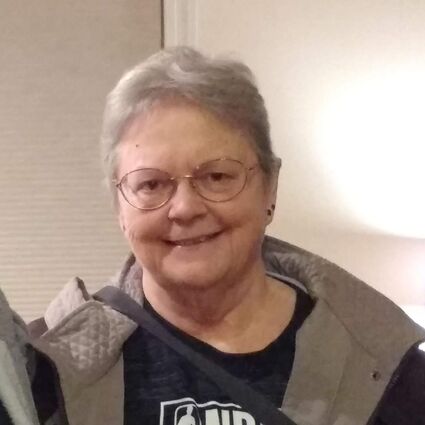 She was born in San Francisco at  the end of WW 2; first child of two doctors. Her father, Dr. Wm. McLaughlin, was an early Montana pathologist. She grew up in Great Falls and Havre, Montana, walking to Catholic schools in the snow; (Havre Central HS Class of '63).

She got a degree in French at SF State; married and had a son. She worked at two French firms, then The Academy of Sciences in Golden Gate Park in San Francisco.

In later years she moved to Oregon and made a life there as an editor.

She was sincere, honest and smart;  loved words, books, language and knowledge. She cared about her world and those she knew in it. She was a loyal daughter, big sister, wife, mother, aunt and friend. Her smile, laugh and voice will be missed and remembered. She is survived by her son, Eric, sisters Janet, Clare, brothers Mark, Paul, and three nephews.