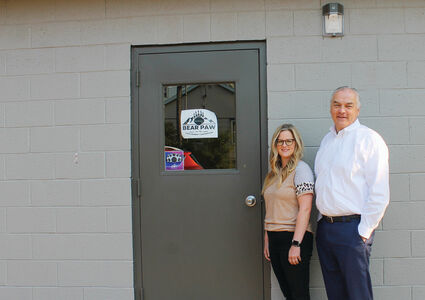 Bear Paw Development Corp., a community and economic development organization with a five-decade history in the area, has moved out of its long-time home in the Ryan Building on the 10 Block of Second Avenue and has moved into the WIPFLi building at 300 Second Ave.

Bear Paw Executive Director Paul Tuss said the Ryan Building has accommodated them well for 25 years, but recent staff expansions made staying there problematic, so they took the opportunity to move to the WIPFLi building, which will provide them much more space.

Before moving to the Ryan Building in 1997, Bear Paw Development...