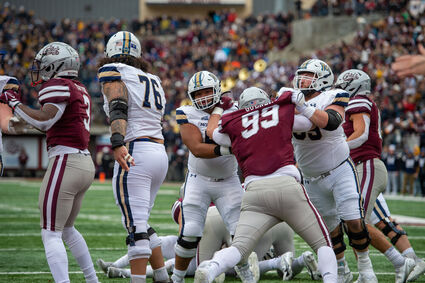 The Montana Grizzlies and Montana State Bobcats battle in the 2021 Brawl of the Wild last November in Missoula. When the 2022 season begins, both Montana teams will be ranked inside the FCS Top 5.

There are a lot of preseason college football polls each summer, but for the Montana Grizzlies and Montana State Bobcats, the one that matters the most was released on Tuesday.

The 2022 Stats FCS Preseason Poll came out and both Montana teams are sitting in the Top 5 as the season approaches.

The Grizzlies are ranked No. 3 in the first Stats poll, while the Bobcats were picked fourth. Montana was recently picked to win the Big Sky Conference as well, by both the coaches and media, while MSU was picked to finish second in the Big Sky preseason polls.

The Grizzlies were also No. 3 and the...