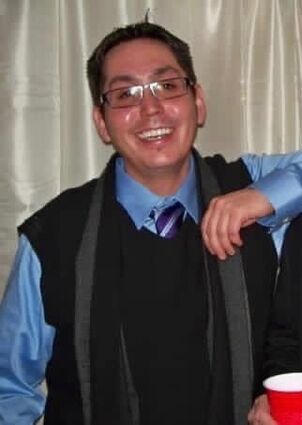 Aaron was born in Havre, MT, to Kenneth Dale Morsette and Constance Jean Morsette (Swan). He graduated from Browning High School in 1996 and he also graduated from University of Montana in the spring of 2000 with his BS in psychology and sociology and minor in Native American studies.

Upon graduation, he took a job at RJS and Associates, writing grants for various tribes in Montana. Then, in 2006, he was accepted at UM for his master's in psychology and extended that education to attain his doctorate in clinical psychology. His studies included historical trauma to Native Americans and his research was published in DSM-IV, now DSM-V. He did his clinical residency at USC Children's Hospital in Southern California and completed that in the summer of 2010.

After finishing his education, he accepted a job in Rocky Boy, MT, working for the Rocky Boy Health Center, and he later worked at the Fort Belknap Indian Reservation as a clinical therapist.

Aaron was an avid fisherman, movie buff and at-home Jeopardy contestant. He was most recognized as a die-hard Grizzly and Yankees sports fan. His true passion was always his most important role, being a loving father. He adored and lived for his children. Aaron was bound to his faith and possessed a servant's heart; his generosity held no limits, and he gave more than he received.

He was preceded in death by his father, who passed away in 2012.

Wake services began in Box Elder, MT, at the Catholic church Monday, August 15th, and continued today, August 16th. His funeral service will be held at The Assembly of God Church in Havre, MT, Wednesday ,August 17th, at 10 a.m.