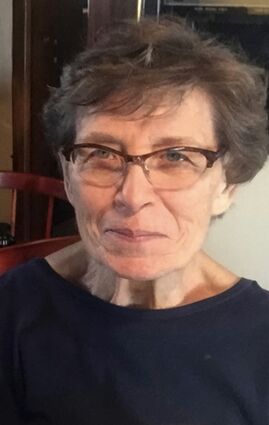 RIVERTON, Wyo. - Barbara Ann Ryan of Riverton, 86, otherwise known as "Sweet Bobbie Ann," passed away at the Help for Health Hospice Home Friday, August 12, 2022, with her family by her side.

A memorial service will be held October 3, 2022, in Riverton at a location to be determined.

Barbara Ann Bateman was born on May 31, 1936, in Rawlins, Wyoming, to Robert L. and Mary Catherine (Bickel) Bateman, joining siblings Jack and Mary Lou. The family moved often throughout Wyoming and Colorado as her father was a conductor on the Union Pacific Railroad. She graduated from Fort Collins High School in 1955.

July 4th, 1957, she met Donald Ryan at a rodeo in Lander, and they were married November 23, 1957 in Rawlins. They were just three months shy of celebrating 65 years together.

Don and Bobbie moved several times to various towns in Wyoming, Utah, and Montana while Don worked for the Bureau of Land Management. They lived in Chinook, Montana, for 15 years when Don worked at the BLM office in Havre. During this time, Bobbie worked as motel maid at the Chinook Motor Inn and the Le Havre in Havre. She was also a clerk at Cate's IGA and Buttrey's. She became an EMT on the Chinook Ambulance, which became her most rewarding job - helping people. It also led to lifelong friendships with some of the crew members.

Not long after moving to Chinook, Bobbie took Heather Dawson (Nesslar) under her wing, adding one more daughter to the family.

Don and Bobbie moved to Riverton, Wyoming, in 1992, where they still reside.

Bobbie was a great cook and collected recipes and cookbooks. One of the most popular recipes became a family heirloom that has been passed onto many family members and friends; her famous "Chocolate Turtles."

Music and singing were a passion of hers. She played piano and loved to sing. Bobbie would always sing the harmony, and if she wasn't singing you would find her humming a song or hymn.   She had her favorite music channels on TV, and when one would play a song she didn't like, she would instantly change the channel, going back and forth, usually with the remark "Why in the world would they play THAT song??!"

Bobbie will most likely be remembered for her beautiful handwritten letters and cards she would send to friends and family, in her cursive writing. She was forever thoughtful and kind, and always picked the most beautiful cards to send, usually with a couple of handwritten pages tucked inside.

She loved animals of all kinds, having a large array of dogs throughout the years, and especially loved her two cats Isabella and Sammy in Riverton.

Her greatest pride and joy were her two children, Kelly and Mari Anne, and her grandchildren.

She was preceded in death by her sister, Mary Lou Haynes, and brother, Jack Bateman.

In memory of Sweet Bobbie Ann and her love for animals, we ask in for a donation in her name to the PAWS for Life Shelter in Riverton, WY; the PAWS of Chinook, MT shelter; or to the Help for Health Hospice Home in Riverton.

The family would like to thank the Help for Health Hospice Home who took great care of her in her final days, and the Wind River Rehabilitation and Wellness.

On-line condolences may be made at http://TheDavisFuneralHome.com .