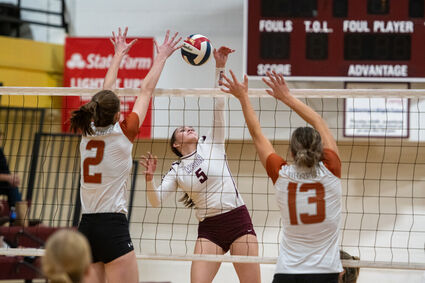 Alyssa Pretty Weasel and the Montana State University-Northern Skylights are ready to begin a new season. The Skylights are under the direction of veteran head coach Jerry Wagner. Northern starts the new season this week.

The dogs days of August rage on. But, fall is also right around the corner, and with that comes another season of Montana State University-Northern volleyball.

Under longtime head coach Jerry Wagner, the Skylights are excited to continue their journey to climb the ladder in the Frontier Conference and beyond.

Northern opens its season this weekend with a trip to Valley City for matches against Valley City State and Bemidji State, before coming back to the Armory Gymnasium for a scrimmage this Saturday.