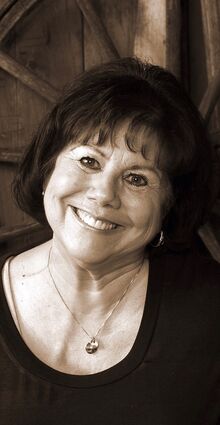 Ginger Faye Zanto was a caring wife, mother, mother-in-law, grandmother, sister, and friend. Ginger passed August 14, 2022, at home in Havre, Montana, at the age of 76, after a courageous battle with cancer. She was attended by her loving family.

Ginger's love for life didn't come to an end with her passing, instead her loved ones will continue to honor her legacy by living their lives to the fullest.

Ginger was born to Dexter and Helen Buck of Geraldine, Montana, February 25, 1946. Ginger lived a full, loving, family-filled upbringing as the oldest of six children. After graduating from Geraldine High School in 1964, she attended Butte Business College where she earned her degree as a legal secretary in 1965.

Fresh out of college, she began her 42 years of employment with Havre Public School as an administrative assistant at Robins School. After a few years, her work ethic, loyalty, and talents were recognized and lead to her promotion as transportation supervisor. Ginger took pride in her work and became well-respected within the community for her passion to ensure the safety of every student attending school. Throughout the years of her employment, Ginger made many lifelong friends and grew to consider many of her colleagues as family.

In 1958, at the age of 12, Ginger met her soulmate Barry, and their love began to grow the moment they met. Upon graduation, their career goals sent them to different communities for a short time, but their love never missed a beat! Their love continued to grow through the occasional telephone calls and daily love letters to one another; never doubting they were meant for each other or allowing obstacles to get in their way of love. Barry and Ginger were united in marriage September 18, 1965. They immediately moved to Havre, Montana where they built a beautiful life and soon welcomed their children, Brent (1970) and Brittnee (1974).

Upon both their retirements with the school district, they became snowbirds, spending their time traveling and living winter months in Yuma, Arizona. They spent 56 amazing years together, just shy of their 57th Wedding Anniversary.

Ginger was a force of nature, with her infectious smile and joyful laugh! She enjoyed giving back to her community and volunteering her time to Rotary Club, St. Jude's Catholic Church, MSU-Northern Adopt-a-Light programs, and Havre Women's Golf Association. She enjoyed her free time golfing, bowling, watching Blue Pony and MSU-Northern sporting events, and spending time with her beloved friends and extend family members. However, her greatest joy in life was being a grandmother to Austin, Tanner, Kaitlyn and Bryson. She spent endless hours following their endeavors, texting words of support, encouraging them to live happy, and showering them with love!

To know Ginger is to have shared a kind word or laugh, whether with a close friend or stranger. Being humbly social was a special gift upon which Ginger was bestowed. Selflessness and generosity were two traits that highlighted her personality.

Funeral service is scheduled for 11:00 a.m. August 29 at the St. Jude's Catholic Church. Deacon Tim Maroney will officiate. A reception is to follow immediately after the service at Prairie Farms Golf Course.

In lieu of flowers, please consider donations to the Women's Golf Association with the memo "Golfing for a Cure" to 6325 Shepard Road North, Havre, MT, 59501.

Please visit Ginger's online memorial page at http://www.hollandbonine.com to send a card or leave a message of condolence for her family.