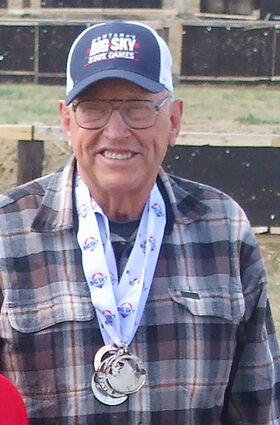 BILLINGS - The Big Sky State Games - BSSG - announced this week that two Havre residents, James "Jim" Griggs and Robert "Bob" Doney, were among the recipients of the Osborne Volunteer of the Year award winners for 2022 on Tuesday.

The other recipients are Jenny Moodie, Billings, and the Billings Young Marines, Billings.

The award is named after the late Big Sky State Games founder Tom Osborne and his family.

The team of Griggs and Doney have been running the Muzzleloading Event for the Big Sky State Games for nearly 18 years. The two black powder enthusiasts were determin...