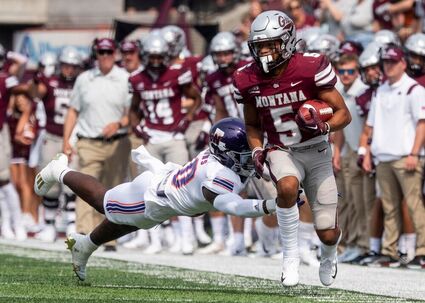 MISSOULA (AP) - Lucas Johnson threw four touchdown passes and the Montana defense forced five turnovers as the FCS second-ranked Grizzles coasted to a 47-0 win over Northwestern State on Saturday in the season opener for both teams.

Johnson, a graduate transfer from San Diego State, was 15 of 24 for 208 yards with Mitch Roberts going for 103 yards and two scores on six catches. The Grizzlies, who finished with 464 total yards, had 211 rushing and Marcus Knight and Nick Ostmo had rushing touchdowns.

"I didn't tell him this, but first quarter he threw a couple really nice passes and then he...