From the Fringe: After one day, it's obvious, Cats, Griz built pretty similar 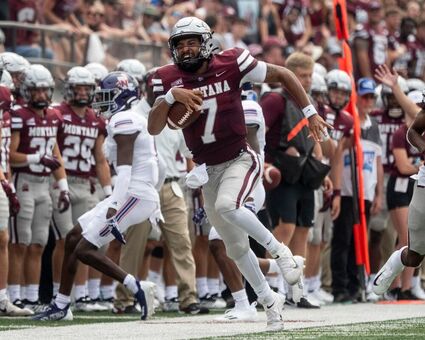 Quarterback Lucas Johnson runs the ball against Northwestern State at Washington-Grizzly Stadium this past Saturday. With the talent on both rosters. both the University of Montana and Montana State University are primed for strong seasons this fall.

And last year I thought it was close.

Close may not be able to even describe how similar the Montana Grizzlies and Montana State Bobcats might turn out to be this season.

But after playing two eerily similar teams from the Southland Conference, and taking into account the quarterbacks, the running game and the defenses, it looks like the Stats FCS Poll, which has Montana third and Montana State fourth again this week, might just be really accurate after all.

I know, the sample size is small. It’s only one game. But one game sure did show us a lot, at least that the Cats and Griz mirror...