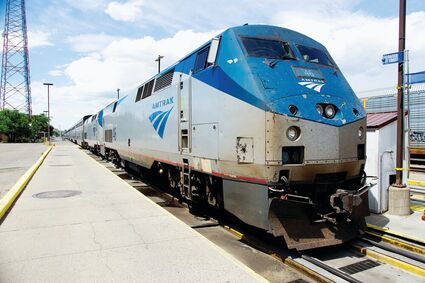 An eastbound Empire Builder Amtrak train stops at the Havre train station in June 2020. The Empire Builder and some other long-distance trains are not running as labor negotiations with freight rail companies continue.

OMAHA, Neb. - Amtrak is suspending some long-distance routes including the Empire Builder that runs along the Hi-Line as business and government officials are bracing for the possibility of a nationwide rail strike at the end of this week while talks carry on between the largest U.S. freight railroads and their unions.

Amtrak already suspended its California Zephyr and Empire Builder lines that run from Chicago to the West Coast, and, starting today, it will stop running its City of New Orleans, Starlight and Texas Eagle lines along with several others.