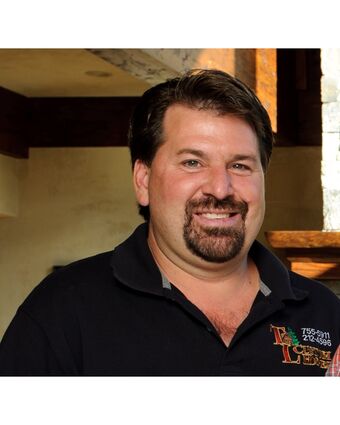 Tony was born in Havre, Montana to Diana (Anderson) Griggs and Nick Giardina December 19, 1967. Tony was a Havre High School Graduate and attended Montana State University-Northern before moving to Kalispell, where he met the love of his life, Lori. Tony and Lori were married January 12, 2002, at Holland Lake Lodge. Shortly after, Tony and Lori started TL Custom Homes, where they began by flipping houses and, through their partnership and vision, created their own home which became a sanctuary for family and friends. We all let Tony believe that he was the head of the welcoming committee, but we really all gathered for Lori’s cooking.

TL Custom Homes grew into a thriving custom home construction company in the Flathead Valley. Together, Tony and Lori were recognized as featured builders for the past 15 years, earning the title of Builder of the Year twice, Best of the Flathead numerous times, and a long list of distinguished awards and accolades for showcasing his true craftsmanship abilities through the Parade of Homes. Tony was past president of the Flathead Building Association and sat on the board for many years. Although known for his pride, commitment, and humbleness, Tony’s legacy will continue on through the quality and craftsmanship of the many homes he built throughout the Flathead Valley.

Tony was an avid outdoorsman, fishing and hunting around the state with his close family and friends. He loved making his annual trip to the Bears Paw Mountains and being surrounded by his loved ones on Flathead River float trips, picking huckleberries and camp-outs at Tally Lake. A few of Tony’s favorite memories were catching fish at Tally Lake with his dear friend Ken Jarvis, harvesting trophy whitetail, mule deer, elk, and his prized mountain goat.

Tony loved supporting his grandchildren in all activities, and had a secret handshake with each of them.

A celebration of life, to be held in 2023, will be announced at a later date.

Tony loved animals, donations can be made to our local animal shelters in his honor.