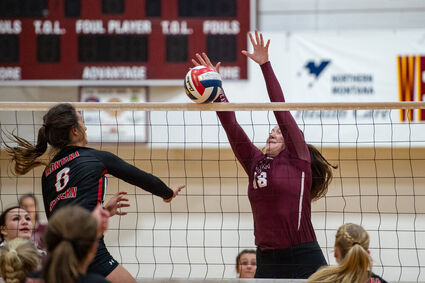 Marlee Bender and the Montana State University-Northern Skylights bring an 8-1 record into the final preseason tournament of 2022. Northern plays four matches at this weekend's Frontier Preseason Tournament in Helena.

After a thrilling weekend in the Armory Gymnasium, the Montana State University-Northern volleyball team will get a good look at what Frontier Conference play is going to be like this season.

Northern, which was a perfect 4-0 at the Frontier-North Star Preseason Challenge last weekend in Havre, will now head to Helena for the Frontier Preseason Tournament. There, the Skylights will play four Frontier Conference rivals in non-conference matches, just one week ahead of the start of league play.

And Northern couldn't be headed in a more perfect direction.

The Skylights are 8-1 after beating...