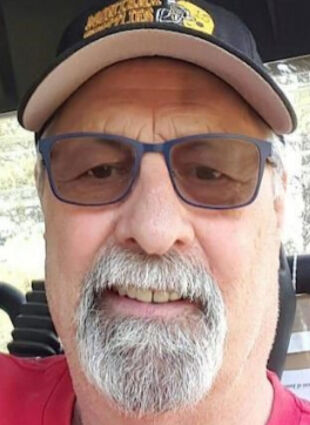 Richard "Ric" Richter left this world in April 2022 at his home in Oro Valley, AZ, where he lived with his loving wife of 40 years, Jane.

He was born in Glasgow, MT, in 1944, and grew up in Big Sandy and Havre. One of his favorite memories, as the sixth man on the Big Sandy High School Basketball team, was swishing the winning basket in a state championship game in the '60s.

Ric went to the University of Montana, where he was a member of Sigma Chi Fraternity, and graduated with a degree in pharmacy in the tradition of his father Vern and his brother Clarke. He married Georgane Edington, and they had two sons together before divorcing.

Ric owned and operated the Chester Clinic Pharmacy for 20 years before moving to Arizona with his wife Jane and family. He worked for Bashas' Pharmacies in the Tucson area, where he opened more than five stores and was sought out by patients for his excellent counseling.

Ric wore many hats including rock star, trickster, and amateur carpenter, adventurer, and outdoor enthusiast. His cabin built with friends and family in the Dearborn River area, has been an off-grid mecca for many years. He left a strong impression on all of us who knew him, from patients to band mates, friends, and family.

An avid musician from a young age, Ric played in more than 10 different bands. In 1964, he became a member of the Legendary Montana Band: The Chosen Few, where he shared the front man duties with Mojo Collins. Ric was an electrifying performer, singer and musician. His band The Chosen Few had a celebrated history playing from the beaches in North Carolina, in the "Village" in New York City and the major ballrooms in Washington and Oregon. In the '60s there were very few performers and lead singers that could hold up on the same stage as Ric Richter. Another fond memory was performing as the front band for the Paul Butterfield Blues Band. One of his true passions was playing the Hi-Line in small towns in his native Montana. When Ric took the stage it was chaos and beauty combined with a style unmatched by few. Ric's fans in Montana, now in their 70s and 80s, will never forget the dances they went to celebrating the early days of rock and roll. Some of his early recordings were recently released on vinyl - "Long Time Comin' (Lost Sounds from the Treasure State Vol. 1- 1958-1969)." "Roadmap" by Ric Richter and the Double R Band is a CD he released in 2001.

He was preceded in death by his parents, Vaughn and Vern Richter, and brothers Clarke and Mike.

A memorial service was held at Christ the King Episcopal Church in Tucson, AZ, July 1, 2022, and can be viewed on YouTube. Celebration of life memorial parties, pot luck and music, will be held in Kalispell September 17 and at the family cabin in Big Belt Mountains October 8.

For more information, you can contact http://www.flatheadvalleyblues.org, or [email protected], or call 520-404-9363.