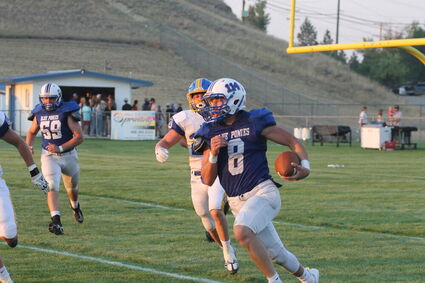 Tonight, the Havre High football team is set to face off against Billings Central at Blue Pony Stadium. Billings Central enters the contest with an undefeated record, so HHS head coach Jake Eldridge expects a tough game for the Blue Ponies tonight.

The Billings Central Rams come into the game with a 3-0 record. They have won all three of their games by at least 29 points, so they have faced little adversi...