MSU-N Game Day: Levi Keltner proud to be in a band of brothers

MSU-N senior tight end followed his brother to Northern, and now, he's developed an entire locker room that's a brotherhood as he looks to catch success in his final season 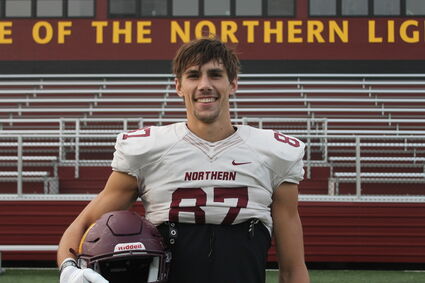 Montana State University-Northern's tight end Levi Keltner came to Northern because of his older brother Jesse, who plays basketball for the Lights. Now though, Keltner says his entire Lights football team is one bog family. The Lights host Western Saturday.

Over the past several seasons, the Montana State University-Northern football team has had its tough times in the Frontier Conference. Through all the adversity, redshirt senior Levi Keltner has stuck with the Lights. While the Lights have not been able to pick up the wins, Keltner has enjoyed forming bonds with his teammates in the locker room.

"The camaraderie with the team has probably kept me in it even though we've had some tough seasons," Keltner said. "This new coaching staff has really pushed us to become a brotherhood and I think that's super important beyond football."