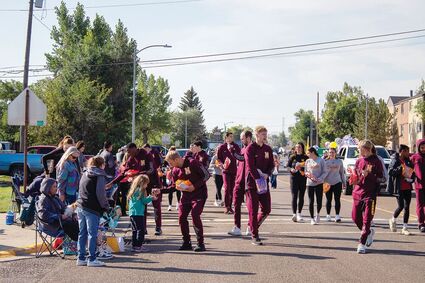 This weekend saw host to another successful Festival Days celebration with event after event drawing crowds from Friday to Sunday.

All three days had major events this year, some larger than years past, some smaller, but all seemed to satisfy their audiences.

Friday saw the Steve Heil Memorial Car Show that evening, with car enthusiasts from around the area lining up on Third Avenue, showing off their rides.

Dave Lewis, one of the attendees said the show was a bit smaller this year than in years previous, but that didn't really bother him that much.

"It's great, nice weather, and it's good talking to other car people," Lewis said.

David Neitz, another attendee agreed that it wasn't quite as large as some he'd seen, but after a stressful few years it's actually kind of nice to have a more toned down event in a way.

While the car show may have been more modest this year, Saturday's main event, the Festival Days Parade, was anything but.

The parade, arguably the centerpiece event of Festival Days, featured more than 70 floats, and parade-goers remarked that this was one of the biggest and best they've seen in a long time.

Aidan Rodes said he hasn't been in the last few years, so he can't really speak to them, but this year's was really good.

"I didn't count, but it sure seemed like I was here much longer than the last time I came," he said. "It was great."

Junior Moore and his wife Keeley agreed, saying it was great to see more and more getting in on it.

"(It was) pretty awesome actually, I love how many people are joining in," he said. " ... Every year, it's getting bigger and better."

Indeed, the parade saw floats from institutions, organizations and businesses all over the area, from Montana State University-Northern and the North Central Shrine Club, to Taco Treat and the Hi-Line Women's Coalition.

The parade also saw a number of floats from local-, state- and federal-level political candidates for the State Supreme Court, U.S. Congress, Hill County Commissioner and the Montana Legislature.

One especially poignant addition was a float made in memory of local photographer and beloved community member Steve Helmbrecht who died of cancer in October of last year at the age of 70.

Another event that saw a major jump in activity was the Kiwanis Pancake Feed which, after seeing significantly depressed turnout during the pandemic, had one of its most well-attended years ever.

Dean Person, one of the event's primary organizers, said they were about five servings of sausage away from their max capacity, with almost 850 people served.

"We would have run out of food if we'd had many more people," Person said.

He said he wanted to thank everyone for supporting the event and it felt amazing to be back to their normal numbers after two years of the pandemic.

He said they will definitely be back next year and looks forward to seeing everyone again for Pancake Day.

While Festival Days mainstays did well this year, one event that was new was the Bear Paw Unleash the Beast 1 Mile Family Fun Run, held at Montana State University-Northern. It was extremely successful as well, raising money to start a food bank on campus for students.

The run, which was divided into two waves, those that wanted to run and those who wanted to take it slower, drew an impressive crowd for its first year with many families looking to put a fun cap on this year's pre-winter celebration.

"I think it's a really fun way to end Festival Days," said Christin Hileman, one of the runners.

Another attendee was Jeff McCormick and his family who planned to go in the second wave of more casual runners, and said it was a really good turnout given that it was the event's first year.

Amber Spring, the event's organizer, said she had no idea what to expect this first year but was really happy with the result. 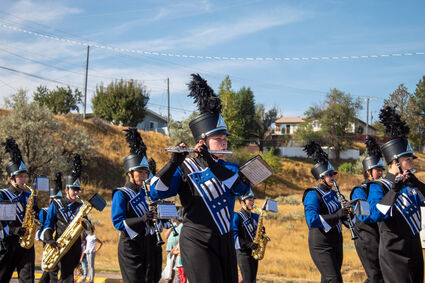 Among those that came to the event was Havre Area Chamber of Commerce Director Jessica Fagerbakke, who said she was as impressed with the event's turnout as Spring.

"Couldn't have asked for a better turnout," she said.

This was Fagerbakke's first time organizing Festival Days as the Chamber of Commerce director, and she said she thinks it went very well with good attendance at every event she visited during the weekend.

She said even though this was her first time she wasn't nervous about how things would turn out because the event has more than four decades of vast community support to help her.

"I knew it would go well because the community always shows up for it, for 42 years," she said.