Director and cast members will be available for questions and answers at Saturday 7:10 p.m. showing 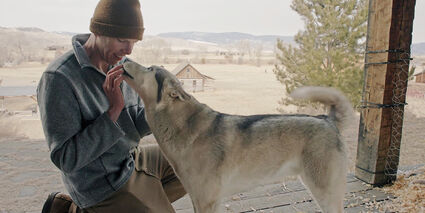 Rob Grabow and Caleb act in a scene from "The Year of the Dog." The independent film, also produced and co-directed by Grabow, is set for special screenings at Havre Cottonwood Cinemas Friday through Sunday.

Montana-made independent film "The Year of the Dog" will be showing in a special screening at Cottonwood Cinemas Friday through Sunday, and at least one of screenings will be attended by members of the cast.

The special screening is being held prior to the film's national release.

Grabow said the entire cast did an incredible job, but getting Michael Spears and John Proudstar for critical roles was especially a...