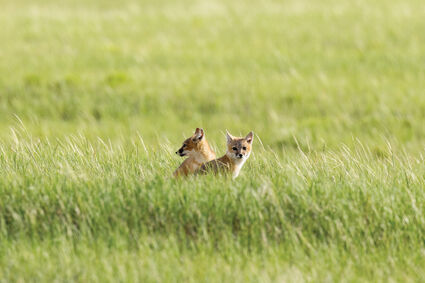 The Fort Belknap Indian Community commemorated Wednesday three years of its swift fox recovery program with the release of three swift foxes on tribal lands, bringing the total to 103 recovered back to these prairie grasslands.

Based on post-release monitoring efforts, the native species is reproducing in the wild, which is a critical measure of success for a self-sustaining population.

"After being absent for more than 50 years, the swift fox has returned to the grasslands of Fort Belknap and our people could not be prouder...