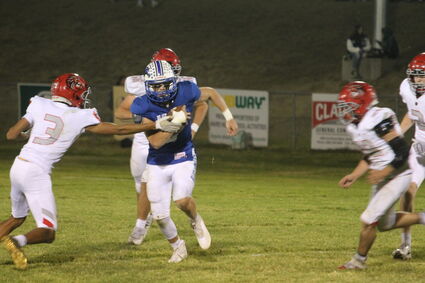 Havre's Kale Van Campen runs the ball against Lockwood at Blue Pony Stadium this past Friday night. The Blue Ponies defeated the Lions, 36-7, in their homecoming game for their third straight win.

On Friday night at Blue Pony Stadium, the Havre High football team put on a show for its fans. In their homecoming game, the Blue Ponies overcame some early turnovers to dominate Lockwood for a 36-7 victory for their third straight win.

The Havre offense had another strong day with 390 total yards of offense. Quarterback Kale Van Campen had another solid performance as h...