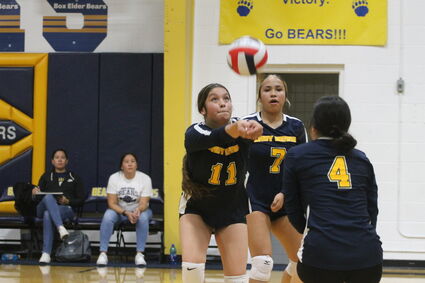 Box Elder's Telyna Bacon digs up a ball during a District 7C match against Chester-Joplin-Inverness last week in Box Elder.

With just two weeks until the District 7C Tournament starts, Hi-Line volleyball is coming down to the wire.

In another big 7C matchup, Chinook swept Fort Be...