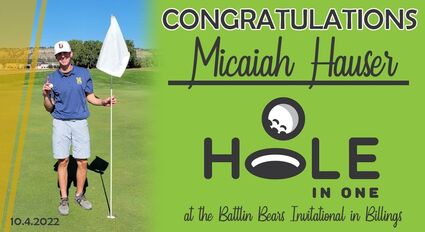 The Montana State University-Northern golf and cross country teams were back in action last week.

The Northern golf teams wrapped up the fall season at last week’s Rocky Mountain Invitational on Billings. The Lights finished in sixth place overall, but the big story was Micaiah Hauser who recorded an ace during the tournament, which was held at Peter Yemen Golf Club. Hauser is also a basketball player at Northern, who shot 238 and finished 29th. T.J. Reynolds led the Lights with a 237 in 27th place, while Theron Peterson was 240, Gerit Johnson was 245, Kyler Cassel was 252 and Mason Rath...